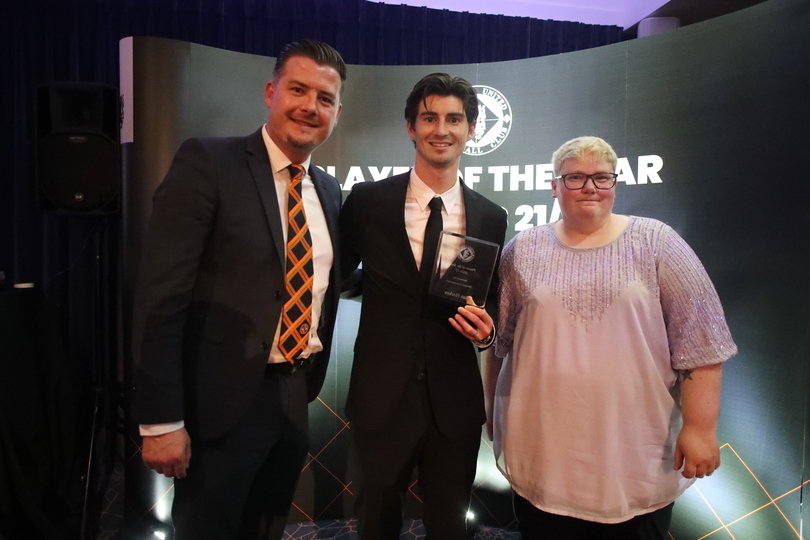 Dundee United enjoyed the 2021/22 Player of the Year Awards at the Apex City Quay Hotel & Spa on Sunday.

United have clinched fourth spot and a place in the Europa Conference League third round after a 2-1 win over Ross County.

And they marked their highest finish in nine years with prize-giving ceremony that celebrated the achievements of the Men's first team, Women's team and Dundee United Community Trust.

Here are our eight award winners:

Jamie Kirk was handed the Special Recognition Award to highlight the impactful initiatives he has implemented as CEO of Dundee United Community Trust (DUCT).

In 2021, DUCT invested £285,501 in the local community to support a range of projects designed at enhancing the lives of people in Dundee.

That saw her surpass her previous tally of 14 strikes in 2018 as United sealed the SWPL 2 title in emphatic style.

Dylan Levitt has made an enormous impact at Dundee United since arriving on loan from Manchester United.

The fans' favourite thrived at Tannadice earning the adulation from the adoring Arabs who took the midfield playmaker to their hearts.

The United fans regularly chanted his name to the tune of Belinda Carlisle's 'Heaven Is a Place on Earth.'

And the 3-1 aggregate win over Barca in 1987 is one of the most historic results in our 113-year history.

Kevin Gallacher gave United a 1-0 first leg win with his stunning 20 yard touchline shot before John Clark and Iain Ferguson helped Jim McLean's side to a 2-1 victory in the Nou Camp.

Two of our legends from that famous night, Paul Hegarty and John Holt accepted the award as they recounted their Barca memories with a DUTV interview.

Competition was fierce in the Goal of the Season Award.

Nicky Clark's cool finish at Hibernian was nominated alongside Charlie Mulgrew's free-kick in the Dundee derby.

But it was Liam Smith who claimed the prize after netting a screamer against Hearts.

Smith netted within seconds of the re-start as he collected the ball 25 yards from goal to unleash and unstoppable strike into the top corner. 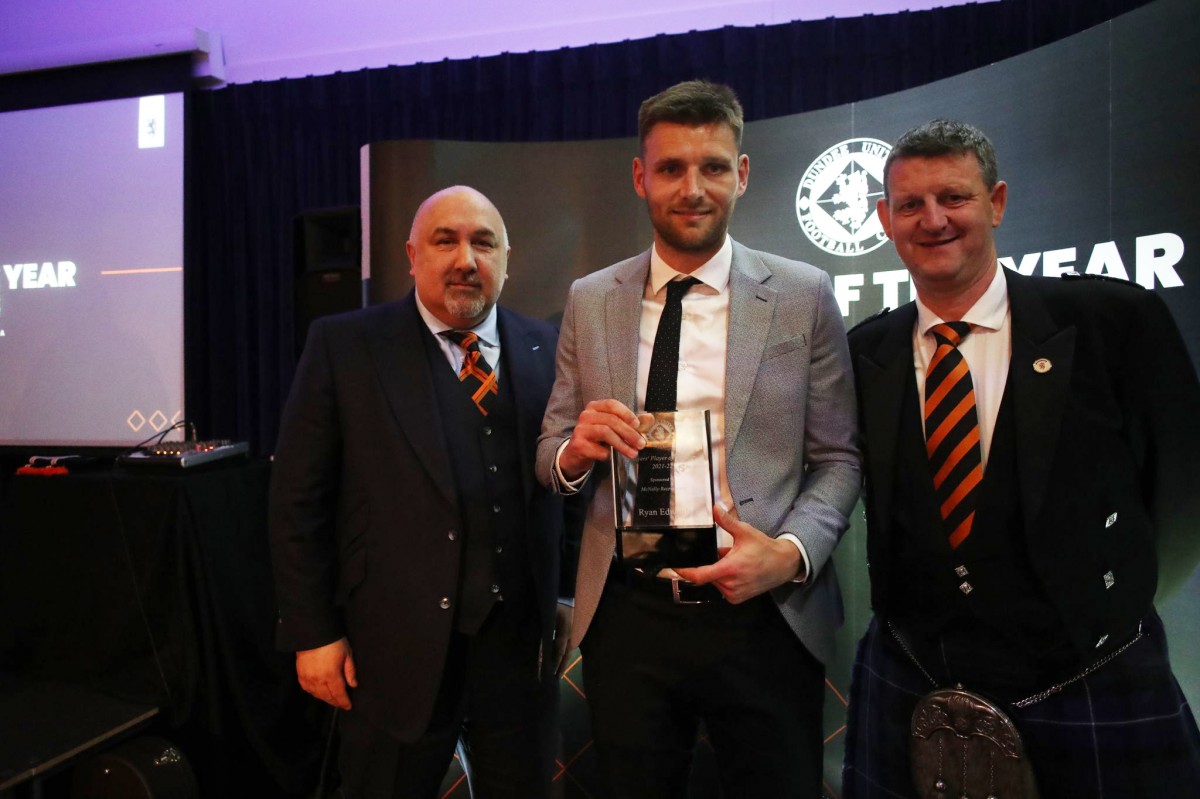 Ryan Edwards has excelled at Dundee United this year and tookover from Mark Reynolds as club captain in October.

He didn't miss a single training session last season and was absent for just two games, due to the birth of his daughter.

A well-respected figure in the United dressing room and throughout the club, Edwards was given the 'ultimate recognition' as he was honoured by his team-mates.

???? @DUFCAcademy graduate Ross Graham has been nominated for the @DoubleTree SFWA Young POTY award after an incredible string of performances since January

Ross Graham has made a significant impact after he returned from a loan spell at Dunfermline in January.

The former Dundee United Season Ticket holder, forced his way into the Scotland U21 squad and netted his first Tannadice goal just days before his 21st birthday in a 1-1 draw with Rangers.

Graham was also nominated for the Scottish Football Writers' Young Player of the Year Award and was a worthy winner of Dundee United Young POTY.

The USA-born midfielder scored winners against Aberdeen, Dundee and Partick Thistle and an equaliser at Celtic.

His season was curtailed by injury in March but Harkes played a significant role in United's charge towards fourth spot.