ZATA ZONES IN ON GREATER INVOLVEMENT 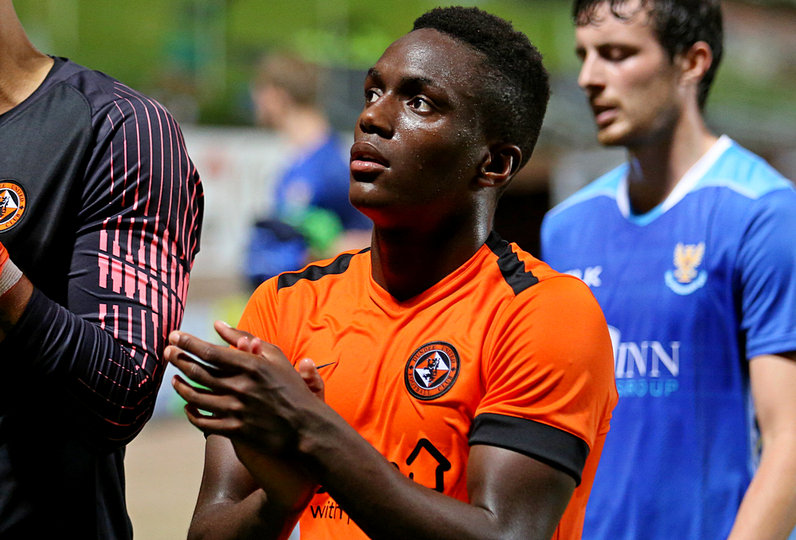 18-year-old midfielder Mati Zata was called into action from the sub's bench in only the second minute of last night's Irn-Bru Cup victory over St Johnstone Colts after an injury to teammate Archie Thomas, but he was ready and up for the challenge.

Mati said, "I was ready and prepared to come on. Last week in a game against Kelty Hearts, Gav Ritchie got injured early on, and Ross had to go on, so all the subs were tuned in and prepared."

Mati's combative style caught the eye of supporters, but alongside his teammates, he was unable to stop the Saints Colts forging into a 2-0 lead by the hour mark, but belief remained strong within the United came and Mati himself was sure of victory.

"I felt that St Johnstone would tire. We played them a while back, and I believe we are a fitter side than them and were the stronger team in the recent fixture. Once we got the first goal, I believed we would go on and win the match."

Mati was involved in several intriguing battles around the midfield area and enjoyed the match saying, "I am there to break up play and start attacks, so I was quite pleased that I got so many interceptions and tackles to help the team progress.

"It was good to be out there. It is what we want to aspire to as footballers, being out in a great stadium like Tannadice in front of a crowd enjoying yourself. It was amazing."

When Mati, who has a dual-passport (Zimbabwe) and has represented Scotland at Under 16 level, spoke to Dundee United's club TV channel ArabZONE immediately after the game, he expressed a wish for another home tie, and he got his wish with the tangerines drawn at home to Alloa Athletic in the next round. He will again use the opportunity to stake a claim for the ultimate aim of first-team football here at United.

"I am enjoying it here at United, and the aim is to be in the gaffers eye line, play well each week and keep in the good books with Eastie and Robbo also. If you continue to play well, you have to hope that at some point you will get an opportunity to progress into the first-team."

That opportunity should rise up again next month in the Irn-Bru Cup when Alloa visit Tannadice.