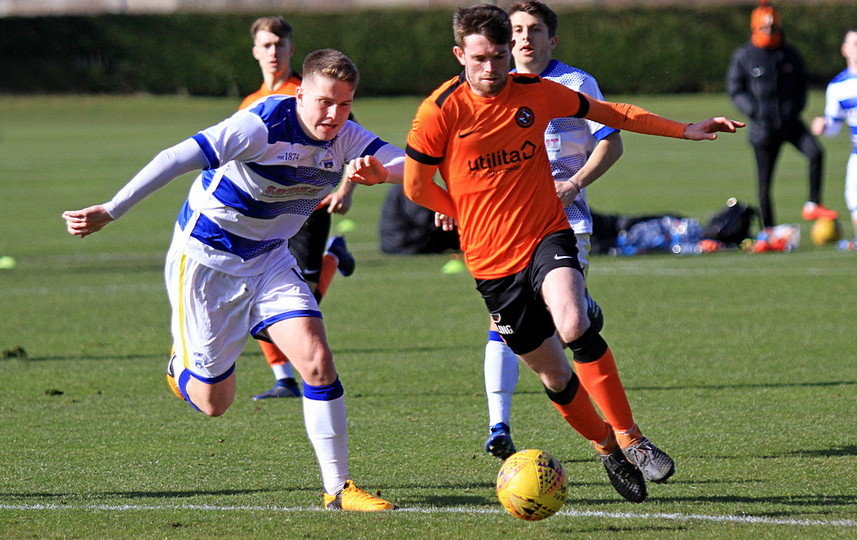 Storm Gareth was the winner as the two teams battled the elements to a 2-2 draw which was a fair reflection of the inhospitable conditions at St Andrews this afternoon.

Both teams did their best to get the ball down and play, but that wasn’t easy in the storm force conditions.

Having wind advantage in the first half, the Tangerines took the lead on 11 minutes when skipper Sam Stanton slotted home a Cammy Smith cut-back.

Though the Terrors remained on top, they couldn’t add to their tally before having to face the elements.

And six minutes after the restart Morton levelled when Lewis Strapp fired in at the near post from just inside the right-hand post.

But midway through the half, United regained the lead from a penalty after substitute Declan Glass was brought down right on the edge of the box, prompting protests at the ref’s decision.

With ten minutes left, the Cappielow side were awarded a soft penalty from which Lewis McGrattan equalised.