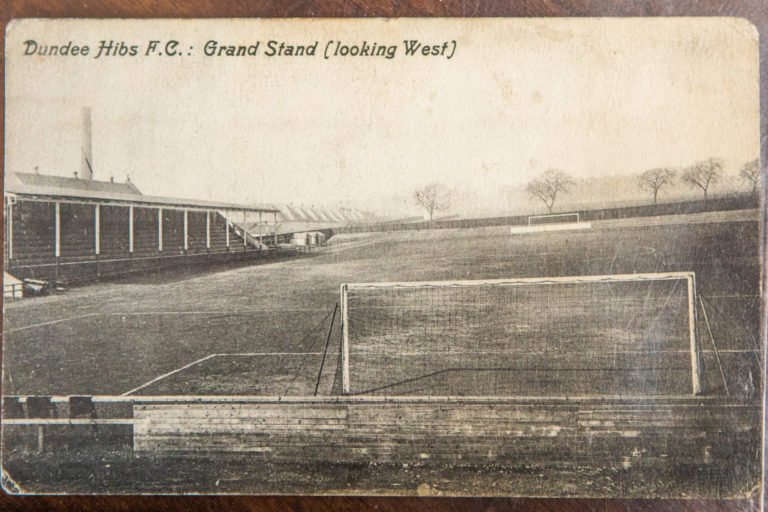 As the teams took to the park for a fixture between the Hibernians of Edinburgh and the Hibernians of Dundee - playing their first-ever fixture - on August 18 1909, the story that lay ahead could perhaps only be scripted for a Hollywood movie by a famous playwright - Neil Paterson perhaps?

It’s the story of an underdog - a corner shop if you will - going up against all the odds and not only overcoming but establishing themselves as one of the top clubs in the country and Europe and it all began on that day 110 years ago.

Dundee Hibernian stepped out in front of 7000 curious spectators onto the renamed Tannadice Park - formerly Clepington Park - wearing green and those in attendance were oblivious as to just how close this game had come to not taking place.

The previous tenants of Clepington Park, Dundee Wanderers, had moved out lock, stock and barrel - thus meaning the newly elected committee had to replace everything including the pavilion, turnstiles, fencing and even the goalposts in the days leading up to the game. This was accomplished in time, and in fact, Secretary Pat Reilly was also able to offer a bicycle to the goalscorer of the first goal.

Despite having their application to the Scottish League rejected in May 1909 and joining the Northern League in June 1909, the endeavours of Pat Reilly in lobbying the member clubs of the Scottish League ensured Dundee Hibernian were admitted to Scottish league Division Two for season 1910/11 and the team also secured the local Carrie Cup during it’s first season.

In the following 110 years that has produced ups and downs, name changes and colour changes, Tannadice has seen it all. League titles, Scottish and league cups have all come through the door and teams from the very top of European football have been brought to their knees ‘down at good old Tannadice’.

From memorable games to favourite positions on terraces, from the famous cantilever Grandstand to the 'cliff’, from the ‘enclosure' to the ‘shed’ and the now all-seated stadium, Tannadice holds a special place in the heart of every Dundee United fan and each will have their own unique memories.

The stadium has witnessed some monumental moments - in green, in black and white and, of course, in Tangerine and but for the determination, vision and drive of Pat Reilly and his colleagues on the first Dundee Hibernian committee, who knows what route our history might have taken.

So here’s to the Club’s founding fathers and here’s to Tannadice Park - our very own Field of Dreams. Happy 110th birthday to you.