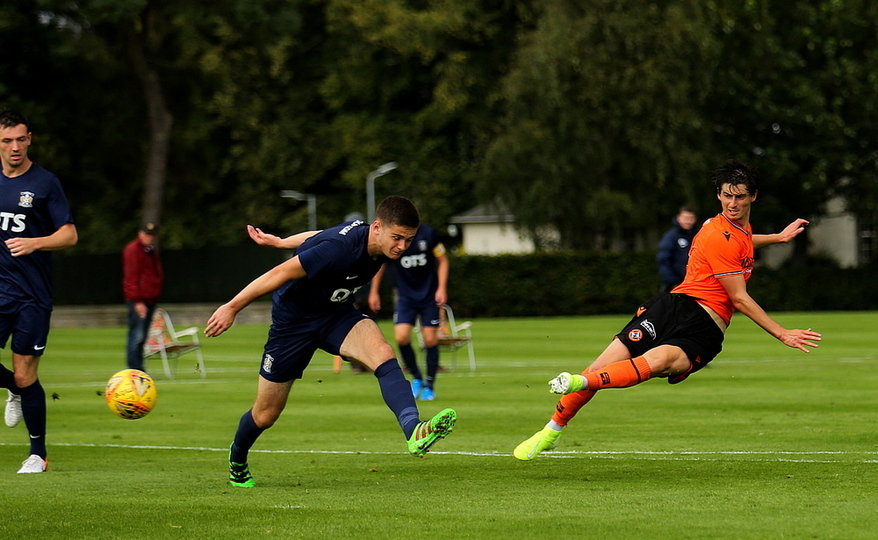 The Reserves made a blistering start to the league campaign at the Dundee United FC High Performance Centre at St Andrews University this afternoon as they swept aside Kilmarnock.

The Ayrshire side travelled with plenty first team experience in its ranks. The home side edged ahead on seven minutes as Ian Harkes slotted home following a scramble in the box. United continued to press and played some flowing, attacking football which led to a penalty on twenty-two minutes as Osman Sow was held in the box. The big striker took the spot kick and confidently made it two nil. Kilmarnock pulled one back four minutes later through Andy Monk who finished past Mehmet from close range.

Just after the restart, Sow bagged his second from eight yards to make it 3-1. Just two minutes later, it was four as Sow got his hat trick with a well timed run and good reaction to tap home from close range. Ian Harkes had his second and United’s fifth on 66 minutes with a skilful run and finish from twenty yards. Kilmarnock pulled one back with twenty minutes remaining through a headed goal from a wide free kick, however the lead was unassailable and United saw the game out from there.

There was game time for Sow and Pawlett as they regain full match fitness as well as Logan Chalmers who came off the bench after a brief injury.