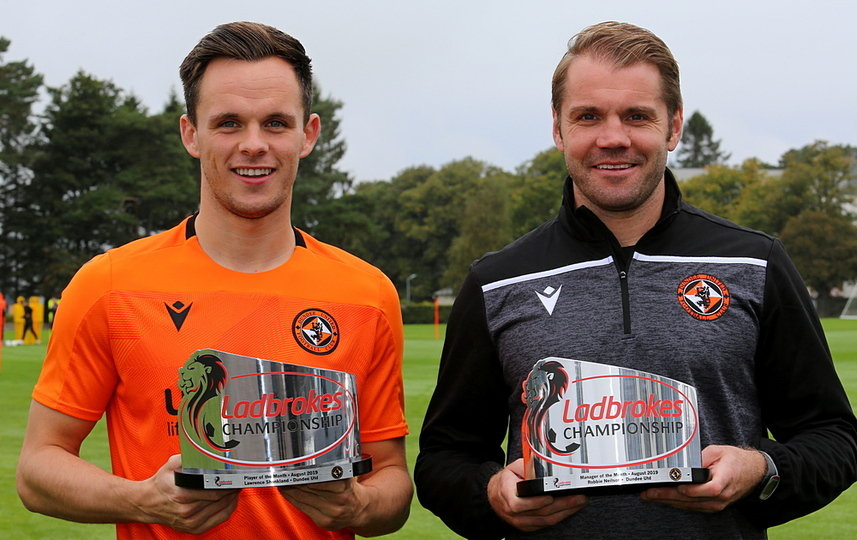 Dundee United have scooped a double in the Ladbrokes Championship monthly awards for August.

Faced with a demanding four-game schedule against potential title rivals, Robbie guided the Terrors to four wins out of four to underline the Club’s title challenge.

Making a major contribution to those wins was summer signing Shankland who found the net in every game. With an eight-goal haul - four v Inverness, one v Partick, a double at Dunfermline and one against Dundee in United’s 6-2 derby win - he has started off where he left off last season, as the division’s top scorer.