ROBBIE ASKS FOR RETURN OF CHARACTER 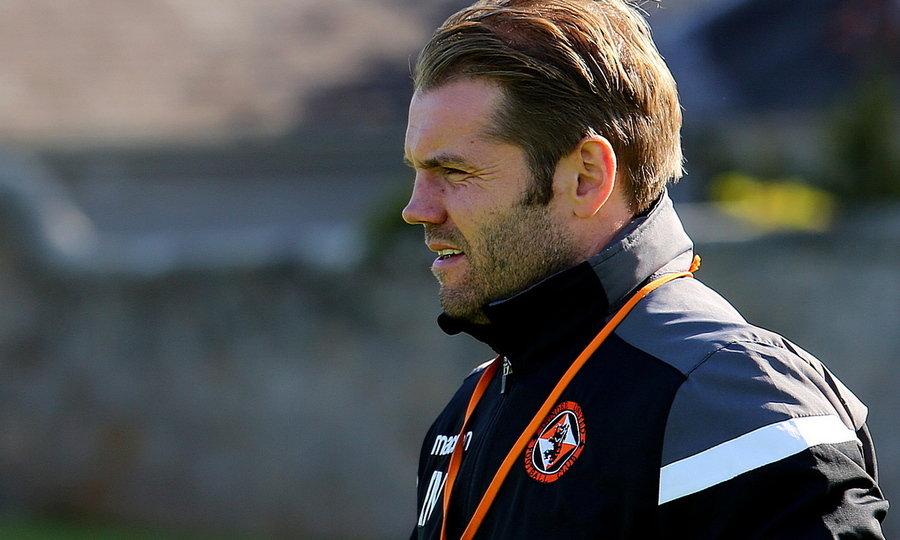 Head coach Robbie Neilson wants his team to show the same "character" they displayed after the Betfred Cup disappointment - in which they went on a four-game winning run - to respond to our first league defeat of the season.

While last week's 2-0 loss to Ayr United was the first time in this league campaign that we dropped points, we still go into tomorrow's home match against Arbroath as league leaders of the Ladbrokes Championship courtesy of a much superior goal difference.

We had enjoyed a superb start to the league up until the trip to Somerset Park, with a 100 per cent record in August which saw individual awards for Neilson and striker Lawrence Shankland, but that had followed the setback of being knocked out the Betfred Cup group stage.

Now, Neilson wants our boys to produce the same desire and passion they did then to generate another fantastic run.

"We had that (a blip) in the Betfred Cup as well. We started the first three games, did very well and then suffered a blip against East Fife, but it gave us that kick on,' said the gaffer. "We're not going to go through the season winning every single game - there is going to be wee hits.

"It's about how we respond to those the following week. After the East Fife game, we responded extremely well winning four on the bounce in the league. We've now got this wee blip and, hopefully, we can show the same character to come through the other side again."

"We have to accept that there are going to be highs and lows and difficult days like it was on Saturday, but we have to take it on the chin and make sure we win the next one. It's done and dusted from our perspective. We've had a good start to the season and if we can continue in the form we are on - which is winning four out of five - then we will be sitting pretty come the end of the season."

It's not often that you will face the same team twice in a row at the same venue, in the same month, but that is exactly the challenge we face tomorrow when we welcome Arbroath back to Tannadice after the Tunnocks Caramel Wafer Challenge Cup tie a fortnight ago.

Despite dominating the 90 minutes, United ultimately fell to Dick Campbell's side in the penalty shootout, but Neilson believes we can learn from that experience and be even better prepared for a side who will be set-up in a similar way to how they were the first time.

"It's going to be a big day for them (Arbroath). There will be a decent crowd there with good intensity so we have to go and win the game," said August's Manager of the Month. "The onus is on us to open up and try to win it. Arbroath are expected to be similar to how they were before by making it difficult to break them down.

"I think Dick (Campbell) has nine promotions under his belt. He's experienced and knows how to put a team together. He's got guys there who have been around the block. They know the game with 400 appearances in professional football, so there are going to be good players in there. They'll do well this season.

"When they played us at Tannadice, Dick made a few changes but they were still trying to get at our weaker areas, so they'll do similar. They've not got a massive squad, so they'll make one or two changes but it will be much the same. It was interesting watching that game back again seeing where we can get at them and we'll make several changes from that team. Hopefully, it will be enough for us to get a result."

Fans should be aware that there will be no cash gates at tomorrow's match and tickets are no longer being sold from the George Fox Pod. Supporters can still purchase tickets via the new online system 24/7 up until kick-off and can use their smartphones to scan at the turnstile.