NEXT UP: ALLOA AWAY 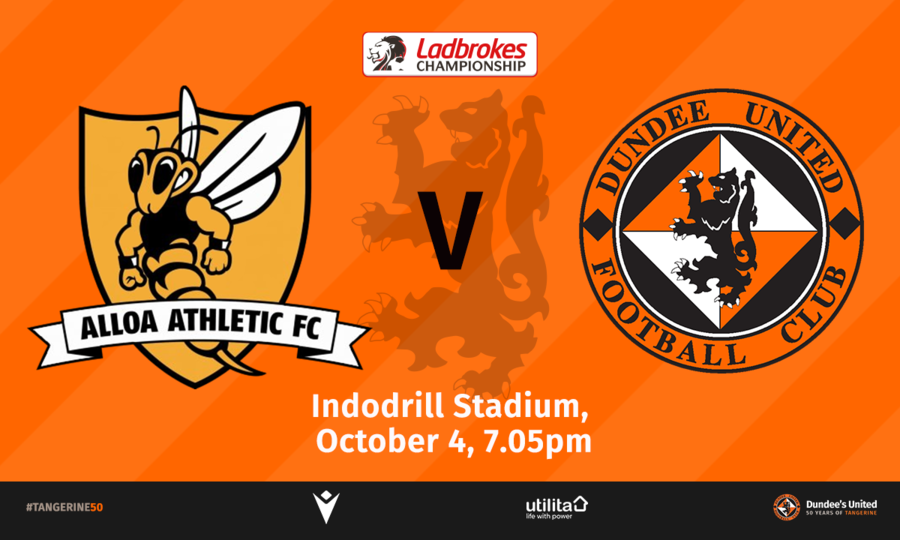 After back-to-back wins in front of packed-out home supports at Tannadice, United are back on the road this Friday night as we travel to the Indodrill Stadium to take on Alloa Athletic.

It's a top-versus-bottom, televised encounter as we look to build on our recent run of good form to create a three-point gap at the top of the Championship table heading into the weekend.

Current form heading into the match also makes for an interesting read. United have taken six points from the last nine available, while, in the same time, Alloa have managed just the single point away at Dunfermline last weekend.

Form, however, might not be a strong indicator of the full-time result as we head into our first league match on an artificial surface this season. The Indodrill stadium was a tough trip for United during the last league campaign as we failed to take maximum points from either of our two fixtures.

But there is no time like the present to bring home a victory and the benefits of a strong travelling support cannot be understated.

We would like to remind fans that kick-off is 7:05 pm on Friday 4 October and advise to arrive with plenty of time to avoid delays.