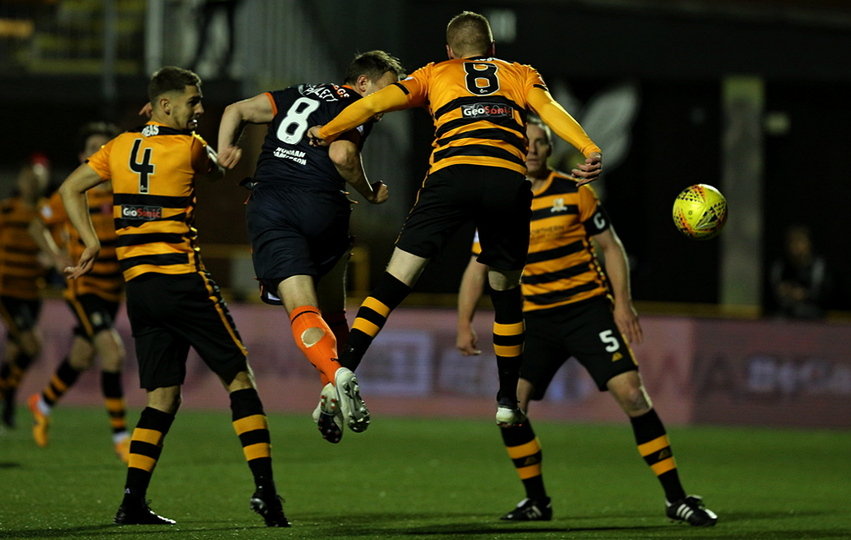 United went down to a hugely disappointing defeat at the hands of bottom of the table Alloa. A solitary goal from Kevin O'Hara after 17 minutes handed the hosts the three points.

United were dealt a blow prior to kick off with Calum Butcher missing out through injury and Sam Stanton came back in to replace him. That was the only change to the line-up that started the mauling of Morton last Saturday.

The home side made the brighter start and with five minutes on the clock a good run and cross from Brown was unlucky not to find a team mate. Pawlett then sent in a fine cross that Cawley headed clear with Shankland lurking. With 13 minutes gone, Pawlett broke clear and his low shot was well saved by Macdonald. Alloa were looking threatening and O'Hara sent in a ball that had the United defence under pressure and then on the 17 minute mark he had his side ahead. Alloa broke down the right and a cross into the United six yard box was met by O'Hara who shot past Siegrist. Six minutes later it was almost two. McMullan failed to clear the ball in his own box and this was pounced on by Flannigan but he was denied by a brilliant block from Troy Brown. Again the hosts pressed and after a great ball from O'Hara the ball deflected into the arms of Siegrist. The goalscorer O'Hara then had a clear chance to extend Alloa's lead but he fired over after being teed up by Flannigan. Just after the 30 minute mark McMullan took the ball to the byline and set up Shankland who had his shot blocked but despite appeals for a penalty, play was waved on. Just before the break United were once again under pressure but this time Siegrist saved well from Brown. 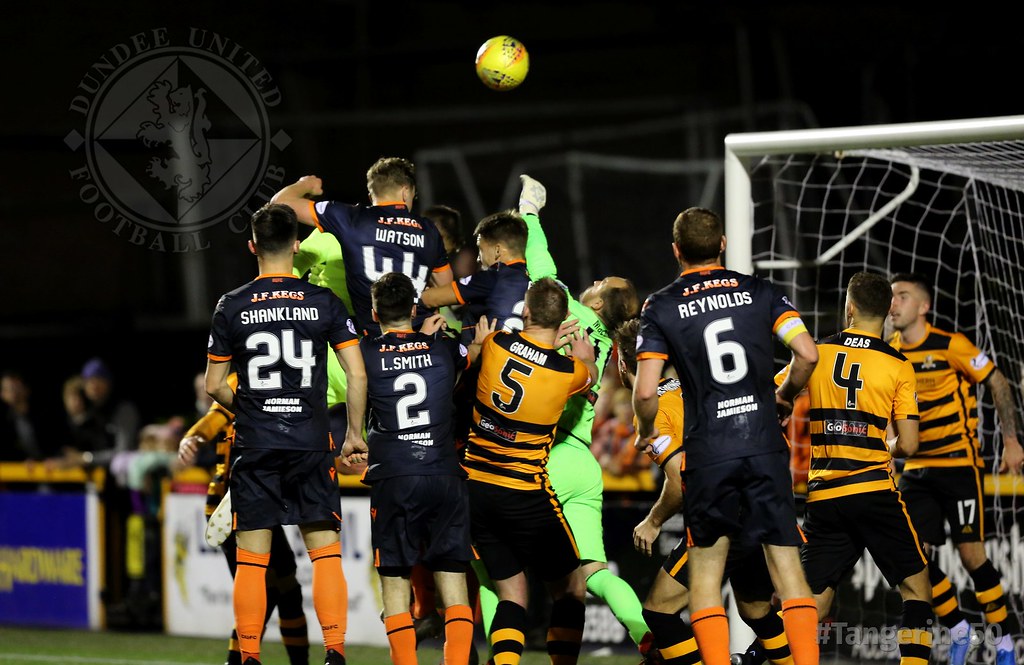 It was the visitors who came out of the traps quicker at the start of the second period. Pawlett broke down the right and his cross just evaded Shankland. With 56 minutes gone McMullan went close with a shot from the edge of the penalty box. Five minutes later United again almost equalised when a corner from McMullan found the head of Pawlett who flashed a header just wide. United were looking threatening and Macdonald did well to stop a McMullan shot. United then had another great chance when Watson met Pawlett's corner but this time it was just over. Watson then turned provider sending in a low cross but substitute Appere just failed to connect. Alloa then broke forward and after a good cross into the area Brown blocked from close range. With 17 minutes remaining United had the chance they were looking for. McMullan picked up the ball on the right and his cross was met by Shankland but for once he headed wide of target. Two minutes later Siegrist almost let a back pass cross the line but he managed to scramble back and clear off his goal line. With time running out United did have one more chance when Smith crossed to Shankland who flicked a header that was comfortably taken by Macdonald. Right at the end Flannigan received a second yellow for the home side but that wasn't enough to prevent them getting a deserved three points.

Summing Up - a really poor night for United who didn't do nearly enough to take anything from the game.