NEILSON IS LOOKING FORWARD AS UNITED RETURN TO TANNADICE 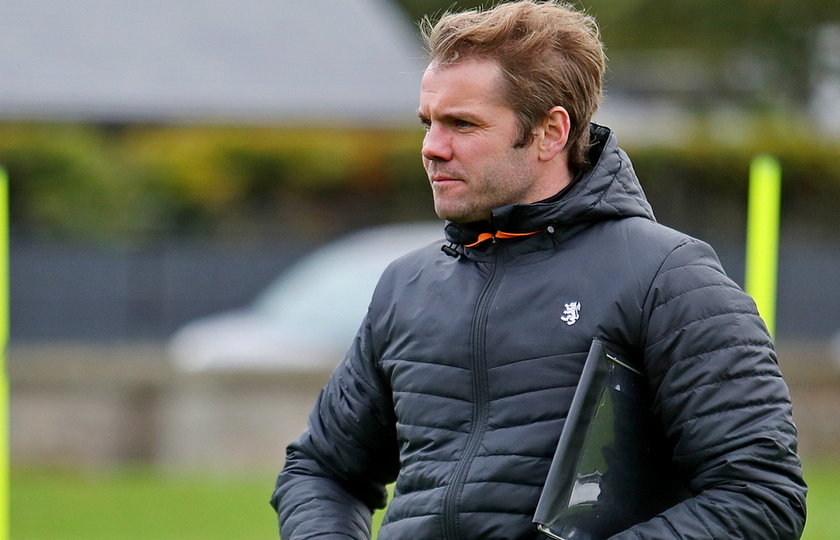 After almost a month without a game at Tannadice, Dundee United finally return home this weekend to take on Dunfermline in the Ladbrokes Championship.

With a 100 per cent record at home in the league, we have made Tannadice a fortress so far this season and it will be the perfect location to get back to winning ways and make it five victories from five.

Recently, our journeys on the road have been difficult, but Head Coach Robbie Neilson insists we have to remain calm and move forward this weekend when the Pars visit the home of the league leaders.

"We had a good discussion right after the (Queen of the South) game and we were all extremely disappointed. The performance wasn't anywhere near the level we want. We let the fans down," admitted Neilson. "We had another chat about it on Monday but it's important now that we move forward. We can do all the talking we want but, ultimately, we have to win the game on Saturday to put the Queen of the South game to bed.

"We know that when we're going through a good period and winning three, four or five on the bounce we have to remain calm in what we're doing and not get overexcited. The same happens if we lose a couple of games. We have to make sure we remain calm and try to focus on some of the positives, but also work on the negatives and try not to make it happen again.

"We're a quarter of the way through the season and sitting in a very good position top of the league. There are a lot of positives to take from the first quarter but also some negatives. It's important that we rectify them as much as we can.

"Losing football matches can be the hardest thing to take at times. It's about trying to be realistic and seeing the bigger picture that we're still sitting top of the league. Yes, we'd like to be further ahead but, ultimately, the objective at the end of the season is to be top of the league."

When playing at Tannadice this season we've scored 18 goals in four league matches - firing six past both Dundee and Morton - whilst only conceding four. It's the kind of form which fires a warning shot at every visiting team, and with back-to-back home matches in the space of four days, it's the ideal time to rebuild some positive momentum.

When quizzed as to what makes United such a different beast to play at Tannadice, Neilson highlighted the atmosphere the fans have been creating this season.

"The home form has been very good this year, the fan base has been phenomenal. It's a good surface to play on and one which the players love. The atmosphere is great in comparison to the last few seasons," said United's Head Coach. "Most teams will be better at home and we're one of them. It's a nice open pitch which we're comfortable with.

"But that is going to happen throughout the season and my job is to rectify that and make sure when those games come back round again that we put in a far better performance and give ourselves a chance of winning.

"I'm pleased with how the players have performed, but I am disappointed with the last two games - we all know we can do a lot better. We now have two home games coming up, Dunfermline and Partick Thistle, and we expect to put on a far better performance and take maximum points."

With one round of league fixtures over, this will be United's second outing against Dunfermline this season. The first match at East End Park went in our favour with Lawrence Shankland netting both of the goals in a 2-0 victory.

United have enjoyed matches against the Pars in recent years, losing just once in the last 20 meetings between the two sides. And while this weekend's opponents have had a mixed bag of results at the beginning of this season - currently occupying seventh in the table - Neilson is well aware of the threat they carry.

"I've known Stevie (Crawford) for a long time - we were together at Hearts and MK Dons. They had a wee difficult start to the season but they've persevered and got a fantastic result last week against Ayr United," said United's Head Coach.

"They've recruited well, it's a different team from the one we played last time - it's a lot stronger, a more dynamic team. Kevin Nesbit up front has been very good this season, continuing his form from Raith Rovers. They'll be looking to get a result but we're a different beast at home and we have to show that again."

Tickets for Saturday's match can still be purchased at the ticket centre by phone (01382 833166 option 1) or online. Fans should remember that cash gates will not be in effect and tickets are no longer sold at the George Fox Pod.