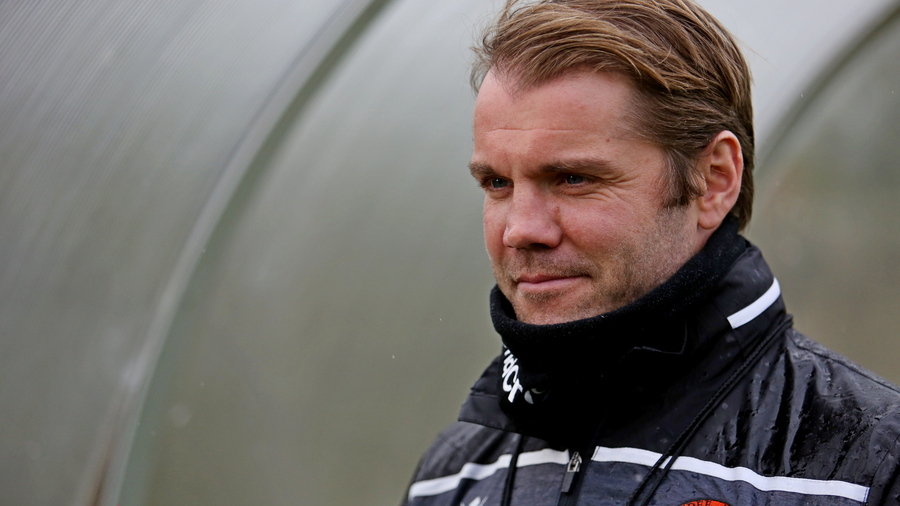 In just under 24 hours time, the second Dundee Derby of the season will kick-off at the Kilmac Stadium at Dens Park.

No one will forget the 6-2 scoreline from the first encounter between the two sides back in August but, just like that night, the most important thing tomorrow will be the three points at the end of the 90 minutes.

It's something that Head Coach Robbie Neilson is well aware of and it's the message he's driving home to the players in the build-up to the match.

"We want to keep things calm in the build-up to the Derby and keep things focused on the game. There is no denying the boys know it is a massive game for the Club and the fans so we must be at it," said the gaffer.

"Our job this week is to keep a focus on the game but make sure there is a calmness as well so that when we get into the game we are in the best physical and mental place we can be.

"It's a Derby match, I've been involved in a lot of them and you can talk about what you did last week or in the previous Derby but nobody is interested - it is what you do on the night. We have to make sure we are ready for the game and the physicality I'm expecting to come. It's going to 100 mph for 90 minutes and we will have to match that right the way through.

"I think the first Derby was closer than the scoreline suggested. The disallowed goal could have changed the context of the game. We got our goals at the right time as well but it was a great performance from us and a big result. We hope to try and emulate that on Friday.

"Obviously, we aren't going to have the majority of the backing as we did at Tannadice but we're going to take a great support with us. The fans have been fantastic all season, especially the away fans, so we have to give them something to shout about.

"We are really looking forward to the game. It will be a great atmosphere, Friday night, floodlights, on the TV, going to Dens Park and we're hopefully going to put on a really good performance to get the three points."

While form always has the potential to go out the window on Derby night, United's last three matches do make for impressive reading. Maximum points from three matches in the space of a week saw us build a three point gap at the top of the Ladbrokes Championship, with six goals scored and none conceded.

Having kept just two clean sheets from the opening quarter of league fixtures, those three matches see Benjamin Siegrist jump up to second in the league standings for keepers with the most shut outs.

"I was delighted with the Inverness result and the performance - we certainly deserved to win that game. To come off the back of the two results before that against Dunfermline and Partick Thistle is great going into a Derby. That is nine points out of nine which sets us up well for the game tomorrow," said Robbie.

"Defensively we have done rather well this season. There have been a couple of blips here and there but I am pleased with them. It is going to be a very different game on Friday night. It will be very tough and we expect Dundee, after the last Derby defeat, to be at it and we have to match that in intensity. It's always tough going away from home, especially to Dens Park, but the boys are excited about it and are ready to go.

"Getting Jamie Robson back has helped us defensively. It allows Liam Smith to move back to right-back and it gives us a more balanced backline. We had him out for a few weeks and it made things quite difficult but just the experience of the players working together as well has helped.

"That is us 12 games into the season now so we're starting to get a little bit of continuity and understanding which does take time to get to."

Kick-off tomorrow night is 7:45pm and tickets to watch the match in the Hegarty Suite are still available to purchase.