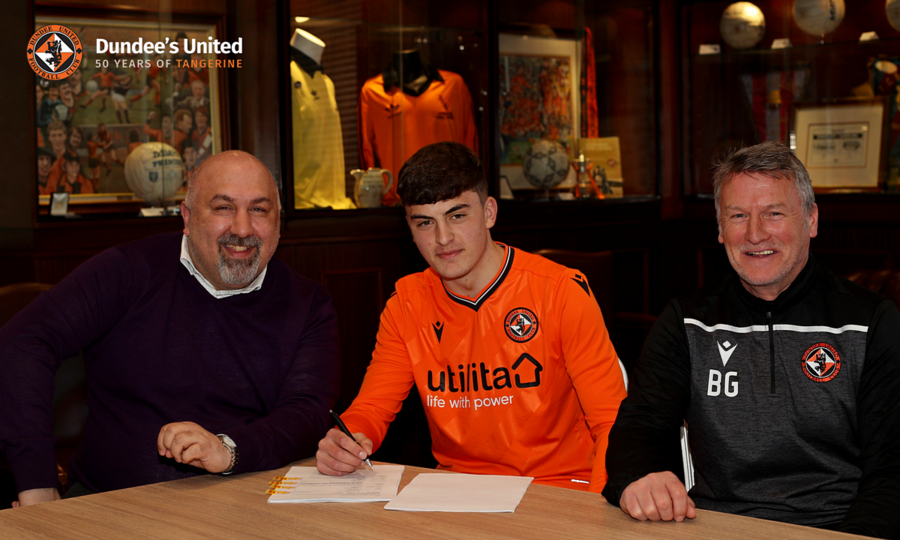 Academy Graduate Lewis Neilson has signed a contract extension, meaning he can wear the tangerine jersey until at least the end of season 2022.

The 16-year-old signed his first professional contract last summer and has progressed into recent first team squads. He was today called up by the Scotland Under-17 squad to take part in an upcoming tripleheader of qualifying matches.

Lewis has made these massive steps at the Club alongside still being at school and has managed to get four highers while adapting to full-time football. Quite the achievement!

Having recently made the transition from central midfield to central defence, Lewis is enjoying life at United and is looking to target some more first team involvement before the season's end.

Lewis said: "It's been quite a day for me. Firstly being called up to the Scotland squad and then signing my contract extension. I've been at the Club since I was ten years old, so this is where I want to be, and things are going so well. Hopefully, I can keep being involved in the first team and make the bench a few more times before the end of the season."

On his academic achievements, Lewis revealed that his motivation is his old next-door neighbour Stuart Armstrong who burst onto the scene at Tannadice before progressing both his football and educational aspirations.

"I grew up next door to Stu and the families are still really close so, if needed, I am sure I could speak to him for advice, but I've watched his career and would love to one day emulate him both on and off the park. It is great to be part of things at United and working on a daily basis with the coaches and the first team players has been so enjoyable."

Like many of the youngsters currently progressing from the Academy, Lewis certainly appears to have a bright tangerine future ahead of him.