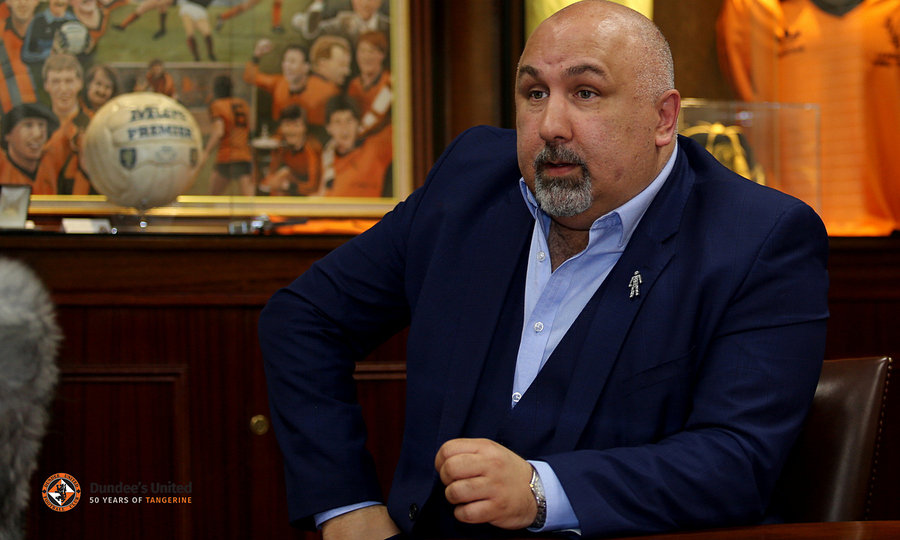 Earlier this week, Managing Director Mal Brannigan gave supporters an update regarding the Club's position on the coronavirus development's from the business side.

Today, it was the turn of Sporting Director to give an update from the footballing side. With staff and players all working from home now, Asghar was unable to speak to Club media directly in front of a camera, so called in via a video chat from his home in Glasgow.

Firstly, he gave us an update to the state of the first team and how the decision to send them home came to be.

“Last week when things started to become a bit unknown we decided to bring the players in on Monday (16th) where we spoke to them," said Asghar. "
We discussed the options, and part of that meeting was establishing that what we know is what we don’t know – how long this will last, how it will affect football, how it will affect the business.

“What we do know is to continue our preparation, to be in a state of focus and fitness so that when we do return to playing we’re ready, but also that we have to be safe.

“On Monday evening, we decided that we would continue training on an optional basis for players because some might have access to family members who are at risk.

“Then on Tuesday, myself, Robbie Neilson and the coaching staff decided that we would stop training completely and allow players to go and self-isolate.

“Last Friday we came to the decision with Academy Director Andy Goldie that we would shut the Academy immediately with no real date for when it would re-open. We felt that it was not just for the safety of the players of the Academy but their parents and elderly relatives who bring them to training.

“We also took that decision with the Under-18s and the development squad because we knew there wasn’t going to be any football played at that time. So, all the players who stay at the digs were allowed to go home to their own families. Brian Grant, Dave Bowman and Adam Asghar are in communication with them.

“The decision then was to look to see how the governing bodies, SPFL, SFA, UEFA would come together and give us some sort of realistic indication of what happens next. It’s great for us all to speculate, but nobody has the answers, in government or the governing bodies.

“So, what we have to do is be flexible, adaptable, calm and stay positive, not just within the football club but our supporters as well."

Understandably, this has been a stressful time for a lot of people up and down the country, but Asghar wants the Club to remind our supporters that not everything is doom and gloom.

This has been a positive season for Dundee United Football Club and while we don't know when exactly we'll be back out on the pitch, Asghar ensures that the boys will be ready when they're called upon.

“It’s important we keep the positivity going. Being positive, not just to the Club, but society, in general, is key and this is something which will pass. We’ve never been in this situation in our lifetime before so no one really knows what the outcome is," said United's Sporting Director.

“But what we have to be saying to our supporters is we’re a football club. We’re an entertainment industry and we’ll come through this.

“From our perspective, since we’ve arrived at Tannadice we’ve pushed the Club in a very positive manner. There’s been a lot of good news stories, we’re sitting top of the league, our Academy is buoyant, we’ve got players into the international setup, we’ve brought good people to the Club and we’ve given the people who were already here a lift.

“There is a lot of uncertainty right now in society, but we as a football club are there and we want to be ready to play, to compete and finish the league, get promoted and do the best we can and then, hopefully, look back on this and say ‘it was a hard time but we got through it.’”

The financial aspect of the coronavirus is something that has been speculated on over the last week. Asghar was quick to echo the words from Brannigan's interview earlier in the week, in that we should not panic and take every day, and every development, as it comes.

“First thing people worry about is financing and how football is financed. We’ve been in this position for seven days and within that period there’s been a lot of talk of negativity and football falling down the financial hole which I understand," he said.

“I’ve been in the football finance industry for a long time and speaking to Clubs, not just in Scotland, but all over Europe, they’re all in the same boat. It’s now a question of trying to make sure that when we come back that we’re ready, that there have been no knee-jerk reactions to things within Club.

“For us, it’s a difficult one because a new owner came in. There is no doubt he’s put a lot of investment in and I think we’ve done well so far but still have a lot to do. But these things are going to cause roadblocks.

“We use this slogan of United Together and we are all in this together. We want this football club back up and running, playing games, competing and we need the fans’ backing, but we understand the fans have their own problems now.

“We’re very thoughtful of that but from a sporting perspective we’re in a positive position and if that happens to be back in two or three months we’re determined to continue the good work we’ve all done. That includes supporters, sponsors, staff and players."

Dundee United would like to thank our fans for their understanding during this time. We will update you on any information as and when we get it. Stay safe.