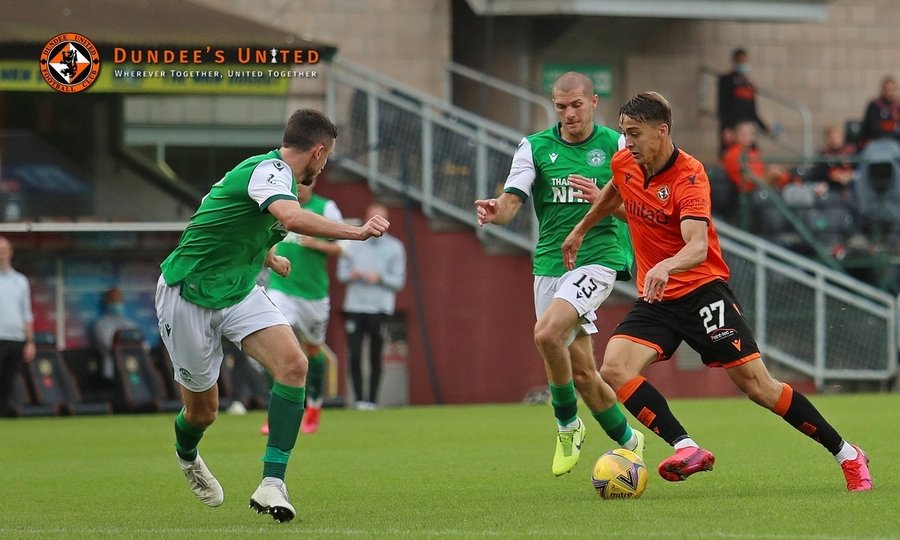 United went toe-to-toe with Hibernian at Tannadice tonight before losing out to a Christian Doidge goal.

The Terrors brought in Nicky Clark and gave a debut to new signing Ryan Edwards in place of Logan Chalmers and Liam Smith, who missed out altogether. There was still no place for Lawrence Shankland, but it did mean another start for Our Academy graduate Louis Appéré in the striker role.

Joining Louis in the starting line-up was fellow Academy graduate Jamie Robson. It was the left-back who was involved in the game's first talking point when he collided with Hibs McGinn in an aerial challenge that saw the United lionheart leave the field to be replaced by Adrian Spörle with only nine minutes on the clock.

United had started the game stronger than the visitors but as the half wore on both teams were showing plenty of endeavour without creating clear chances in front of goal.

It looked as if United were going to take the lead in the 40th minute when Nicky Clark's free-kick was deflected by the wall and looped goalwards before evading the crossbar and going out for a corner.

Both teams started the second half with renewed vigour and United were looking to use the strength and power of Louis Appéré in attack alongside the stunning pace of Luke Bolton out wide.

With 57 minutes on the clock, great work by Bolton on the right saw the young winger pick out Ian Harkes on the edge of the area but the American's first-time effort slid beyond the right-hand upright.

In the 66th minute, the visitors took the lead. Doidge found himself free inside the area after a fortuitous ricochet of the shin of Bolton and he drove the ball past Siegrist from a narrow-angle. 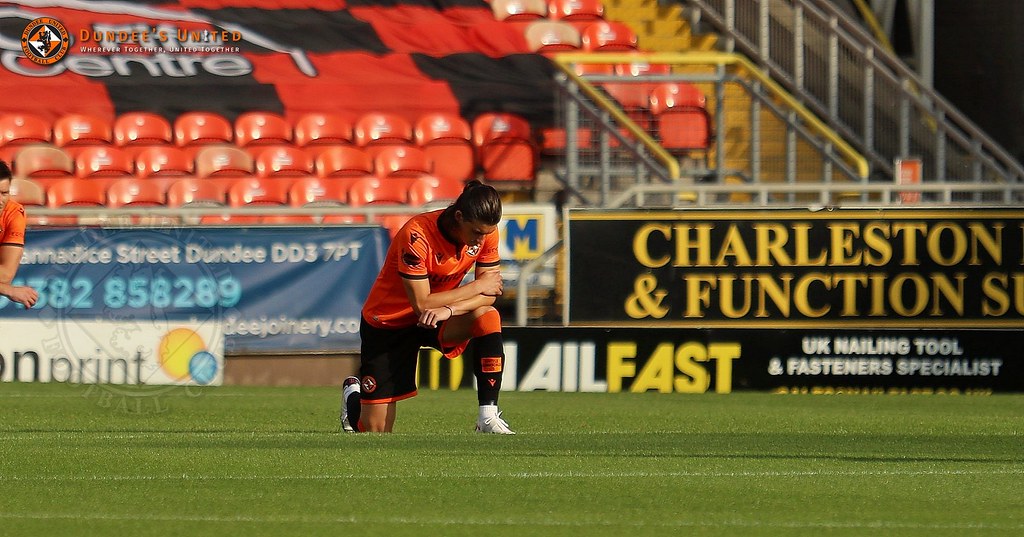 United was determined to take something out of the game and responded by sending on Academy graduates Chalmers and Neilson. It was Chalmers who had two opportunities from set-pieces as United pressed for an equaliser.

Ian Harkes was next to threaten the Hobs goal as his 25-yard effort found the target but also the waiting hands of goalkeeper Marciano.

Pawlett was played in as United continued to press and the busy midfielder volleyed goalwards but was unable to test the Hibernian goalkeeper as his effort drifted wide.

After the match, Gaffer Micky Mellon lamented the small breaks that didn't go our way but stressed there was plenty of positives to take from the evening despite the reversal. He said, "There was nothing between the two teams, and it came down to one wee incident. We have shown we can compete at this level and we know where we need to improve and we will as the season goes on."

Next up for the Tangerines is a trip up the A9 to face Ross County on Saturday.