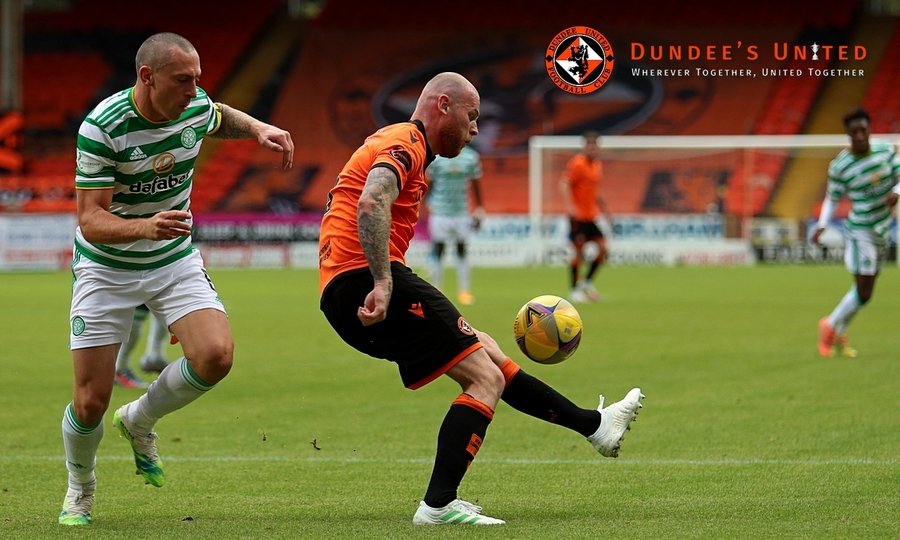 United looked to build on last week’s fine victory in Dingwall in a Saturday evening Tannadice battle with Celtic. Micky Mellon made three changes to the team which beat Ross County, with Our Academy graduates Lewis Neilson and Jamie Robson alongside Nicky Clark coming in for Kieran Freeman, Adrian Sporle and Louis Appere.

United took the game to Celtic from the first whistle and almost had a dream start as Pawlett’s low cross was diverted away from the Celtic six-yard line as Clark awaited to tap in. From the resulting corner, Neilson headed over.

Moments later, Pawlett was in behind the Celtic defence after a lovely flick from Clark but Frimpong denied the United man by showing lightning pace to recover and win a foul.

Odsonne Edouard came close to opening the scoring on 13 minutes with the visitors’ first chance, latching on to a Mark Reynolds clearance to smash a volley off Benji Siegrist’s left-hand post.

Clark flashed a snapshot wide after a Harkes knockdown on 27 minutes as the Terrors limited the champions to few opportunities with their high energy pressing play.

United’s best chance of the first half came in the 33rd minute when lovely play by Ian Harkes saw him drive through midfield before releasing Luke Bolton inside the area. The on-loan Man City flying wingers effort had plenty power but finished over the bar.

Down the other end, Benji Siegrist was impressing with strong saves from Christie and Edouard as the visitors attempted to breach the United resolute defending. 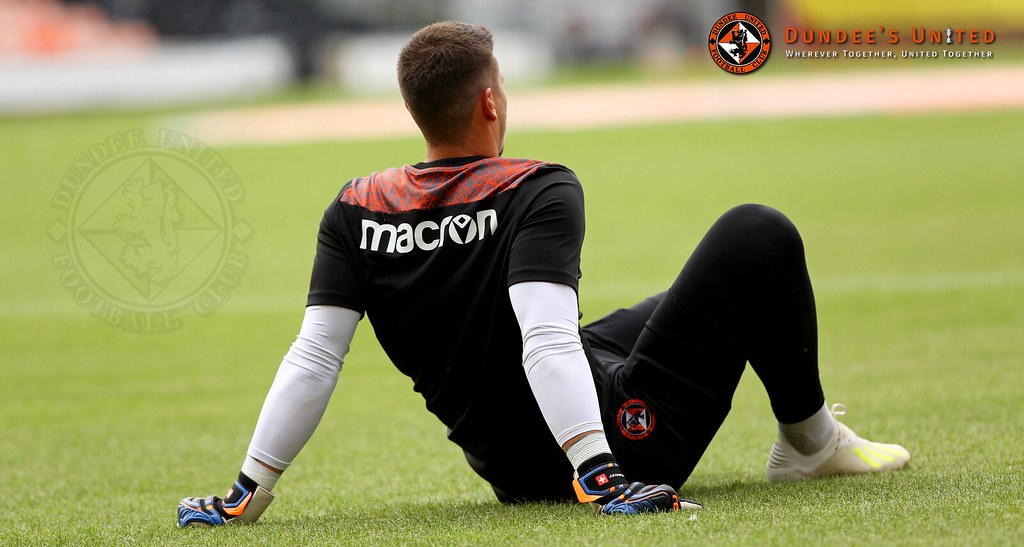 The visitors started the second half in determined fashion but United again showed the energy, determination and desire that has brought so much confidence to performance levels this season and in goal Benii Siegrist was proving to be in inspired form, denying Christie once more.

The Tangerines came roaring back moments later as Clark and substitute Adrian Sporle broke up the pitch. The Argentine picked out Clark who laid the ball back into the path of Robson to unleash a stinging drive which Barkas had to get behind.

United was undone in unjust fashion in the 83rd minute. The big Swiss stopper had again made a strong save from Christie’s effort and after Ajeti had keep the ball in play inside the United six-yard box, it was Celtic’s new striker who drove a shot goal wards that found its way through attempts by both Freeman and Robson and finished in the net.

This was a cruel blow to United who more than held their own against last season’s Premiership champions. Robson and Neilson were particularly impressive in defence, with captain Reynolds leading by example alongside a stoic Mark Connolly and Benji Siegrist deserved a clean sheet for his performance as again all in tangerine looked more than comfortable in the Scottish Premiership.