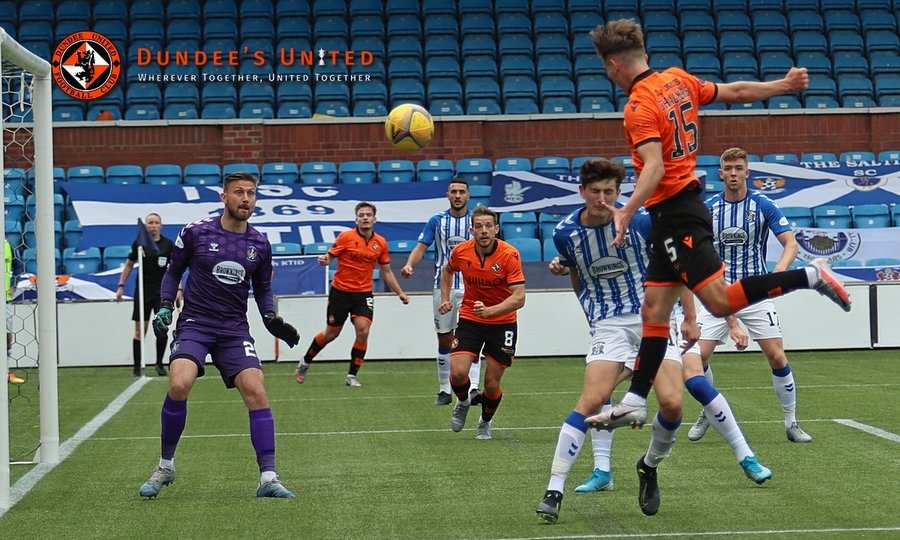 United’s on the road 100% Premiership record ended at Rugby Park on Saturday as the home team had a day to remember, scoring four goals without reply.

The lads had plenty of possession but after the match Manager Micky Mellon suggested that while there were good parts to the performance, there were also bad things and naivety that would be worked on ahead of the next piece of action - a trip to Ibrox to play Rangers on September 12.

United started the game with the same XI who battled so well against Celtic the previous week and dominated much of the early proceedings and almost took the lead in the seventh minute following a wonderful sixty-yard cross-field pass from Jamie Robson that evaded the Kilmarnock defence and after Our Academy graduate Logan Chalmers controlled it beautifully, he was thwarted by the combined efforts of Kilmarnock keeper Rogers and a defender as he tried to lob it over the keeper.

It was Chalmers again who had the game's next chance. Lovely breaking play from Harkes set Bolton up out wide and his delivery was met by Logan at an acute angle back post but his header drifted wide. 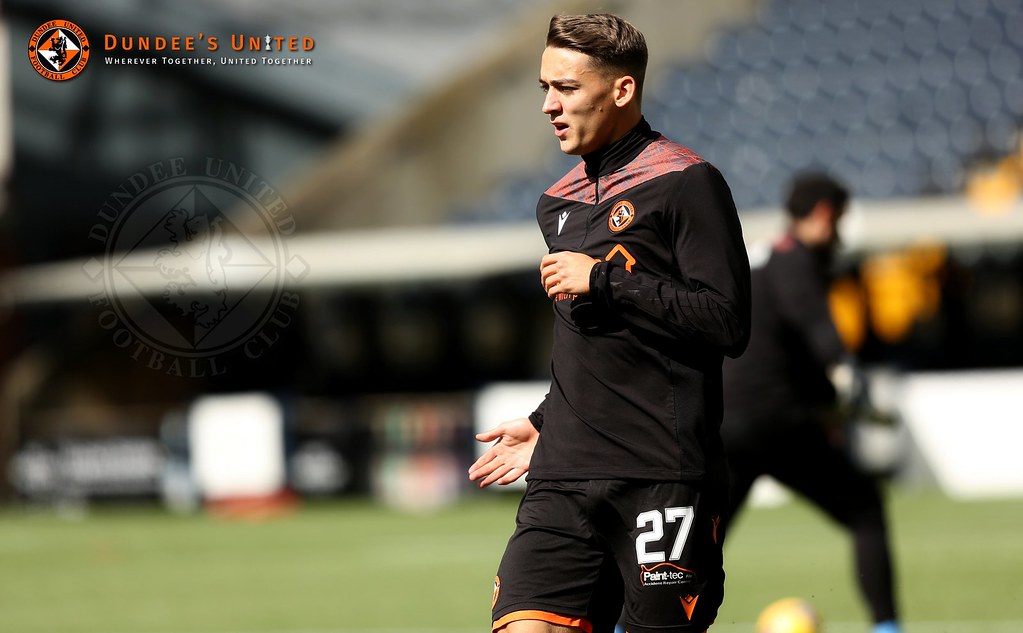 United continued to dominate proceedings but the hosts - looking for their first win of the campaign - were starting to gain in confidence and on the half-hour they took the lead. Waters's excellent delivery landed perfectly on the head of Kabamba who bulleted it beyond Siegrist.

The response from those in Tangerine was impressive and both Clark and Connolly just missed with headers as United tried to even things before the break.

Disaster struck right on the half time whistle when Kiltie headed a speculative ball back into the United area and Brophy was first to react to prod past Siegrist for 2-0.

The second half started with United pushing for a goal to get back into it and Kilmarnock happy to sit in and hit on the break. Within two minutes, United almost got back into as Butcher saw his 20-yard effort tipped round the post by Rogers. From the resulting corner, Connolly initially appeared to be pulled to the ground but as the ball came back in he got up to volley over the bar.

On the 50 minute mark, perhaps the best chance of the game for United fell to Nicky Clark who from 12 yards couldn’t keep his effort down and it sailed over the bar.

United continued to push for a goal but the home side were looking more and more dangerous on the counter and United were undone by Kabamba’s clever interception as Connolly tried to dribble away from the striker just outside the area. The striker won the ball and advanced on Siegrist before driving it home.

United’s disappointment was complete in the 86th minute as McKenzie scored the goal of the day. The hosts again hit United on the counter and, after a swift three-man move, the midfielder dinked a 25-yard effort over Siegrist to complete the scoring.

This was a largely frustrating day for United that perhaps emphasised the difference of competing in the Premiership to the lower leagues and one that will bring some good learning points for the two weeks between this one and the next outing.