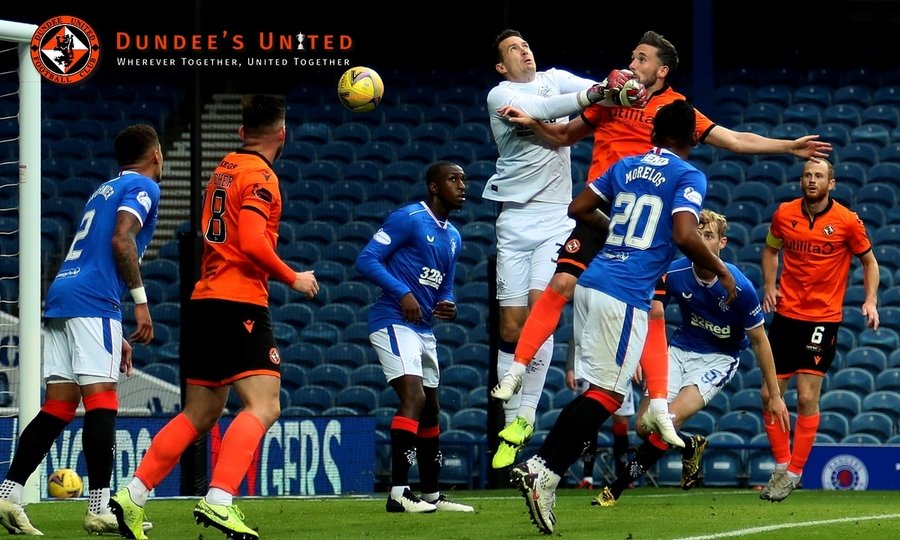 United took the trip to Ibrox to take on high-flying Rangers. Boosted by the return of Lawrence Shankland to the bench, the Terrors attempted to secure points and do something that no team had done so far this season in the Premiership - score a goal against Rangers.

Lining up with three at the back featuring the returning from injury Ryan Edwards, skipper Mark Reynolds and Our Academy graduate Lewis Neilson, United started in confident manner and took the game to the hosts. Promise was being shown in wide areas by Bolton and Robson with Harkes, Powers and Butcher holding the central area of midfield for United. Pawlett was charged with linking up with Nicky Clark up front.

In the fifth minute it almost opened up for United as Barasic made a poor decision and turned into a challenge from Harkes 30 yards from his own goal. As Bolton and Harkes wrestled with the defender to get to the bouncing ball, the defender done just enough to touch the ball away from danger and United were denied.

United were having the better of the opening stages but as the game passed the 10 minute mark, the hosts were beginning to wind it up. Forced into an early change after Jack went down injured and was replaced by Kamara, they took the lead with their first meaningful attack. Kent’s quick thinking saw him play a one-two on the edge of the area before twisting past Edwards and thumping it beyond Benji from eight yards.

United continued to try and play football and Harkes was offered the opportunity to strike an effort goal wards in the 27th minute but his effort lacked power and direction and didn’t trouble the goalkeeper. Four minutes later, United’s best move of the first half saw the ball end at Bolton on the right after some lovely one touch play through midfield involving Clark and Butcher.  The on-loan Man City youngster done Barasic all ends up and as he made his way towards the box he was pulled to the ground.

From the resulting free-kick, Pawlett found the head of Edwards who headed goalwards but as Clark challenged on the goal line the flag went up for offside.

United were dealt a cruel blow six minutes from half-time as the host scored a second goal. Kent’s delivery ricocheted off the body of Bolton and spun across the six-yard line where it was met by the in-rushing Tavernier who slid it home from a couple of yards.

United almost pulled one back before half time when Clark glanced a header just past the upright from a Pawlett corner with goalkeeper McLaughlin missing the delivery. 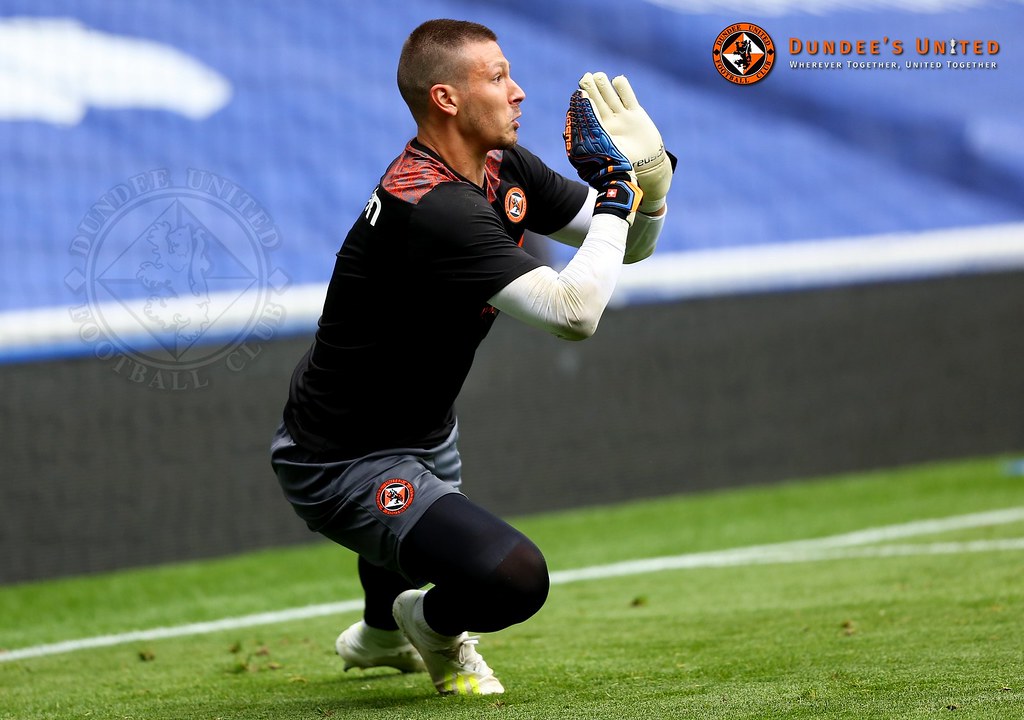 United came out for the second half with Our Academy graduate Logan Chalmers replacing American Dillon Powers.

As United attempted to get into the game, the return of Shankland came in the 58th minute as he replaced Clark.

The home side continued to make most of the running and Benji made two great saves, one after the other, to deny Rangers but moments later in the 68th minute, Roofe scored Rangers' third after he slid in to direct a mishit shot into the net from seven yards.

Micky Mellon brought on Sporle and Freeman for Neilson and Bolton as he attempted to bring some fresh energy into the game and Sporle was at the hub of a few near things for United. The Argentinian was the architect of our best chance of the second half when he found Robson with a cross field ball. The defender fed Harkes who drilled a shot goal wards and it beat the keeper but thumped off the bar. From the rebound Chalmers drove an effort over.

United were undone for a fourth time with a disputed goal as Hagi burst into the United half despite looking a yard offside. He cut the ball back to Arfield who smashed it past Benji for the final goal.