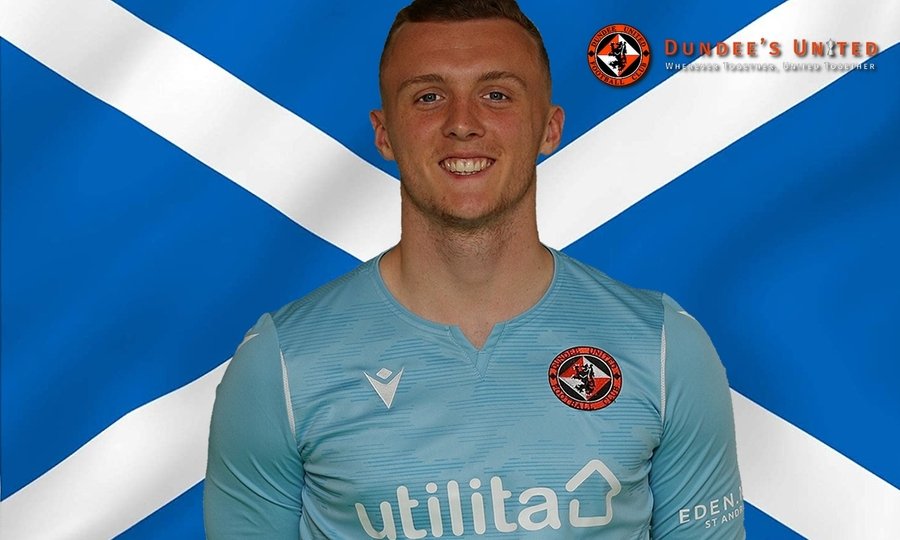 Jack Newman's development into a future number one for Dundee United has taken another step forward as he's been called up to the Scotland Under-19 squad for the upcoming friendlies against England.

The 6’2’’ stopper has previously been capped for Under-18s and has now been called up to Billy Stark's squad for the double-header against England at St George's Park on October 8th and 11th.

Goalkeeping Coach Neil Alexander said: "Jack's been excellent since arriving in the summer and more than deserves his call-up. He's training with the first team every day and getting to test himself against international strikers.

"He produces a very high standard of training in every session and has fitted in with the first team training extremely well. While he's only just at the beginning of his Dundee United career, he's come on leaps and bounds since we first saw him.

"Now he has the chance to go and test himself against some of the very best in his age category and put into practice everything he's learned training alongside Benji and Deniz before coming back and continuing his exciting development."