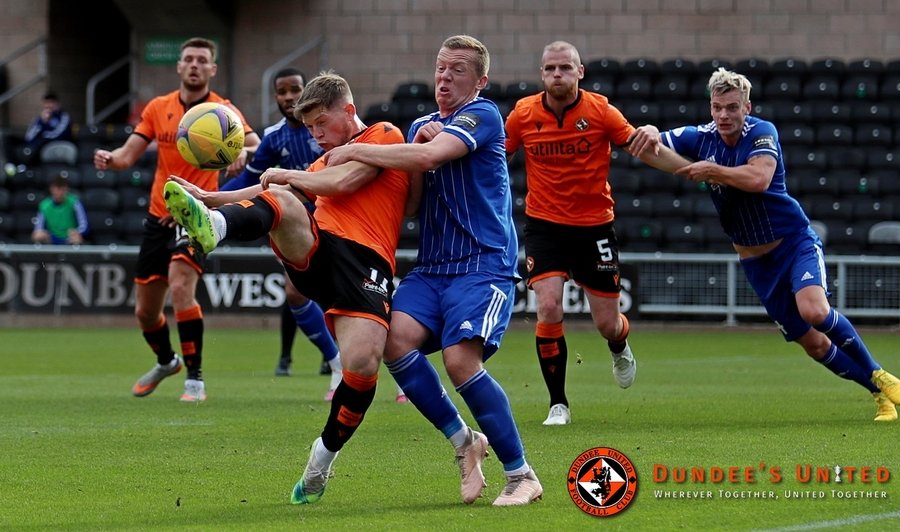 An experimental United team went down 1-0 to Jim McInally’s Peterhead in the second of their League Cup group stage fixtures. Micky Mellon’s men will be frustrated with a performance and a result that saw them struggle to unlock a doughty League One side at home.

The arrival of The Blue Toon meant a return to Tannadice for United legend Jim McInally. United fans of an older vintage will be aware of McInally’s competitive edge, displayed across his ten seasons with the Club, and his team turned up infused with a similar spirit.

With a number of United players away on international duty, and a further handful of first team regulars watching from the stand, Micky Mellon fielded a new look team. Cammy Smith, who scored a brace off the bench at Glebe Park, was named for his first competitive start of the season. His namesake Liam Smith was also a welcome sight on the teamsheet as he makes his way back from a lengthy injury layoff. McMullan continued his own journey back to first team action following an impressive 90 minutes against Brechin.

The opening chunk of play saw an energetic United team play a possession game, passing through the thirds, the unfamiliar squad working to develop an understanding. Peterhead were organised and kept the Terrors honest with some speculative balls into the area, seeking the maurading heads of their tall forwards. Deniz looked assured, as he has throughout his return to the first team starting XI.

United’s best chance in the opening twenty minutes fell to Cammy Smith. An inswinging corner struck well by Paul McMullan met Smith at the front post. The forward improvised a side-footed clip to direct the ball goalwards, but saw his shot swallowed up the Peterhead keeper.

Mellon’s charges retained their focus on playing the same uptempo passing game that has proved so effective at times this season. But a stubborn Peterhead defence and a United attack that lacked incision in the opposing box ensured that the half ended all square at nil nil. 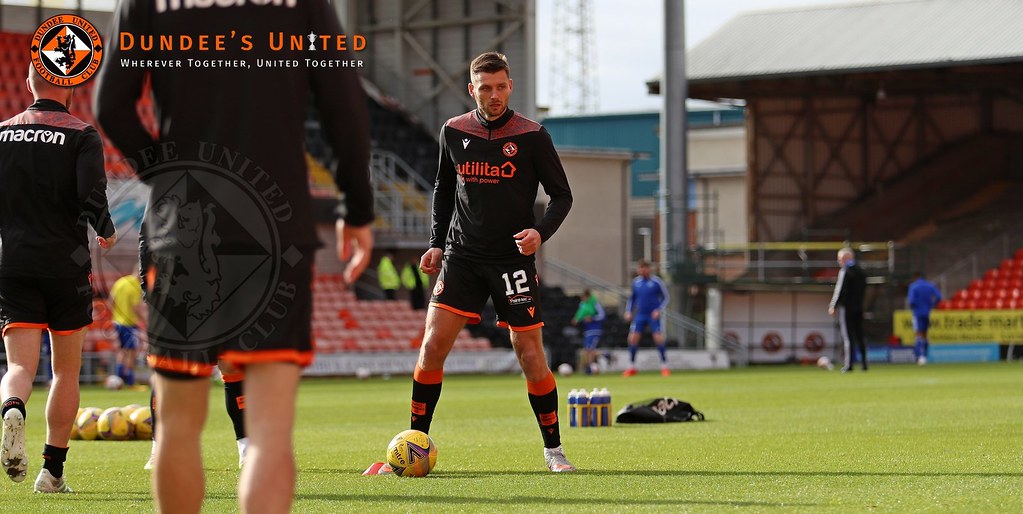 Peterhead started the brighter of the two sides, attacking down their right towards the Shed end. Several threatening attacks were smothered by the United defence as the half got into its stride, but on 51 minutes the away side found the goal.

Mellon made personnel changes, withdrawing Liam Smith, dropping Bolton to full back in his place and bringing on Our Academy Graduate Louis Appéré to add to United’s attacking options. A second of Our Academy Graduates, Kai Fotheringham, was introduced shortly after to replace McMullan.

Kai in particular brought a spark to proceedings, in what is only his second appearance for the first team. His position high on the United right saw him drive repeatedly at his man, creating chances. He and Luke Bolton linked well on several occasions.

Dillon Powers was Mellon’s final replacement, coming on for captain-for-the-day Butcher to occupy his place in the middle of the park. The American gave the centre backs a good outball option, and helped link the play through the midfield.

Peterhead kept control of the ball, and worked hard to ensure the game remained bogged down in United half as the minutes ticked away. Several bouts of United pressure led to corners, with Deniz charging the length of the Tannadice turf to take part in last-ditch attacks. It was not to be, and the Tangerines tasted their first defeat in the League Cup this season.

United will look to regroup ahead of the visit of Lowland League outfit Kelty Hearts on Tuesday night.