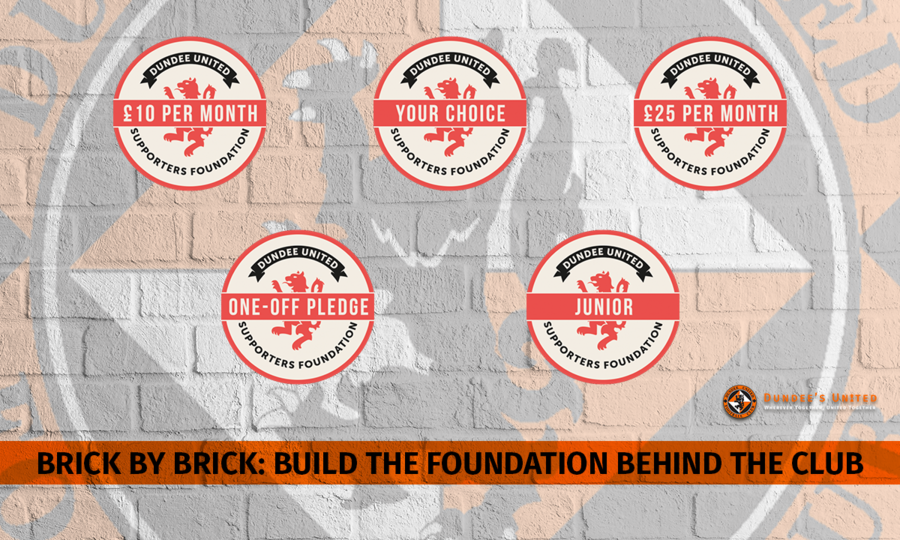 We are pleased to announce that the funding proposal put to Dundee United Supporters’ Foundation members in a ballot conducted over the last three days has been accepted. There was a turnout of 92% of the voting members with an overwhelming majority of 98% voting in favour of the proposal. This convincing result will allow the transfer of £60,000 to the Club to kick-start a campaign to raise a total target amount of £100,000.  All income from DUSF monthly subscriptions and/or donations from current and new members will be transferred to the Club until 30th April 2021 or earlier if the £100,000 target is achieved sooner. Additionally, the arrangement agreed following the transfer of £100,000 in June 2020 will be extended by twelve months.

Dundee United Supporters’ Foundation commented: “We are absolutely delighted that the Foundation members have given such a resounding vote in favour of the proposal with such a fantastic turnout. This demonstrates the unity amongst Foundation members and our desire to assist the Club financially in these difficult times where income has been severely impacted by the COVID-19 pandemic.

“The Foundation membership has agreed previously that our funds should primarily be used to invest in bricks and mortar projects that would become an integral part of the Club’s future. However, we appreciate the unprecedented financial climate the Club is now operating in and we are glad to be able to offer financial assistance to help the Club through this uniquely difficult period. We will now be starting a campaign to raise an additional £40,000 by reaching out to Dundee United fans all over the world asking them to join the Foundation if they can, to help us to help the Club.”

Dundee United FC commented: "Our sincere thanks go out to the Dundee United Supporters' Foundation members for voting in favour of releasing your funds to the Club. This resounding agreement favouring the proposal shows an understanding and united front towards the difficulties caused by COVID-19 pandemic. The immediate contribution of £60,000, with potentially another £40,000 to follow will enhance our ability to get through this current situation and help us come back stronger.

"We look forward to collaborating with the Foundation on future projects and continuing to aid the recent growth of membership. United together, we can help to ensure we continue on the path towards the long-term success of Dundee United Football Club.”