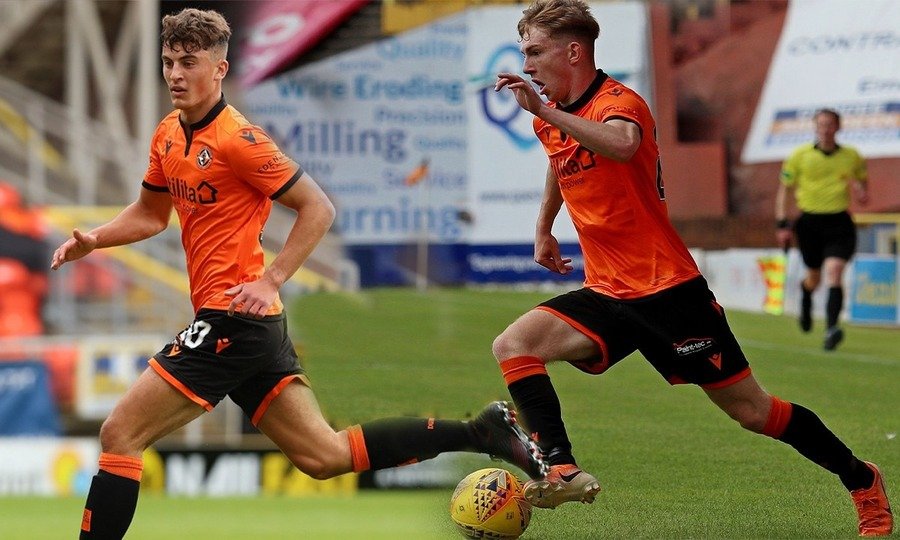 We can confirm that Our Academy graduates Lewis Neilson and Kai Fotheringham have joined Falkirk on loan for the remainder of the season.

The Bairns currently top League One ahead of the season restarting later this month and hope Lewis and Kai will add an extra dimension to the side as they maintain their push for promotion.

Both players have taken massive strides forward in their development this season by making their debuts for the first team. Lewis was named in the starting XI in our Premiership opener against St Johnstone while Kai came on against Brechin City in the Betfred Cup before later making his Premiership debut against St Mirren.

Head of Player Pathway and Loans Brian Grant said: "This is an opportunity for Lewis and Kai to go and get regular game time. They are being trained and developed at a high level but need to be playing regular football.

"Both players have experienced first-team football this season and going on loan to Falkirk will allow them to gain further on-field knowledge and experience to connect with their continued development here.

"They will face demands and expectancy that will come with challenging for the title and the loan move will serve them and the Club well for when they come back to Tannadice in the summer."

We wish Lewis and Kai all the best for the rest of the season and look forward to their return in the summer.