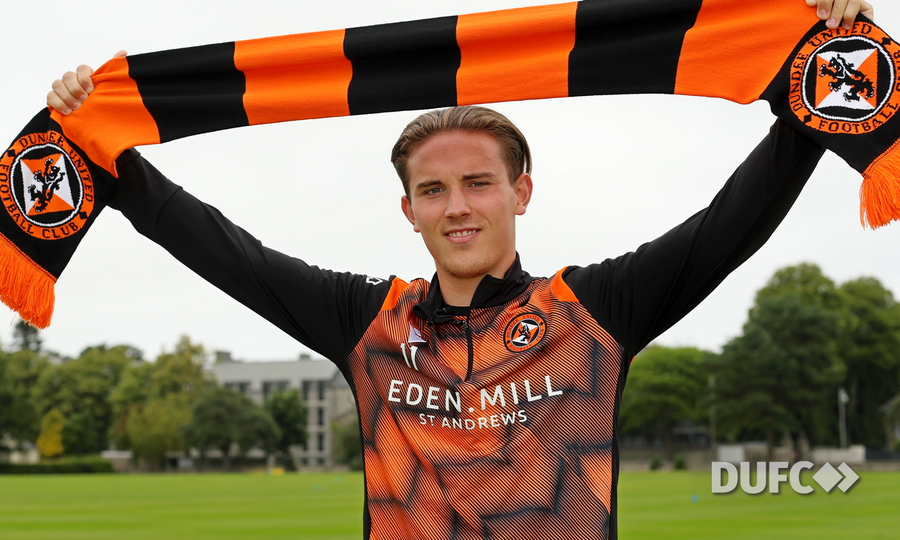 We are delighted to announce that another of our young players has committed his future to Dundee United as Our Academy graduate Logan Chalmers has signed a contract extension until 2024.

Logan, who joined the club when he was eleven years old, has signed the three-year extension as he looks to continue his exciting development at Tannadice.

Last season was a breakout year for the 21-year-old local star, whose impressive performances in the first half of the season lead to him making his debut for the Scotland Under-21 squad.

Since making his debut in 2017, Logan has gone on to make 34 appearances for the first team, scoring three goals, and he'll be looking to build on both those stats this season as he takes the next steps in his career.

"I've been at the club since I was eleven and I love playing here," said Logan. "Coming into training every day the facilities are great, we've got a new gaffer in charge and there are exciting times to come for the club.

"I want to entertain people but work hard as well. After the injury last year I'm just delighted to be back now and ready for the new season.

"Getting back in the side is probably my most important target this season but, hopefully, I can add some more assists and get a couple of goals as well."

Head Coach Tam Courts added: "I'm absolutely delighted that Logan has extended his contract. He's a mercurial talent, where he does things that are instinctive and unexpected.

"The great thing from my perspective is that over the next few years we've got a chance to refine that talent. We can develop him and give him opportunities to try and get him to the highest levels of the game. That is where his potential lies at this moment in time."

Hear from Logan in an exclusive interview with DUTV now.