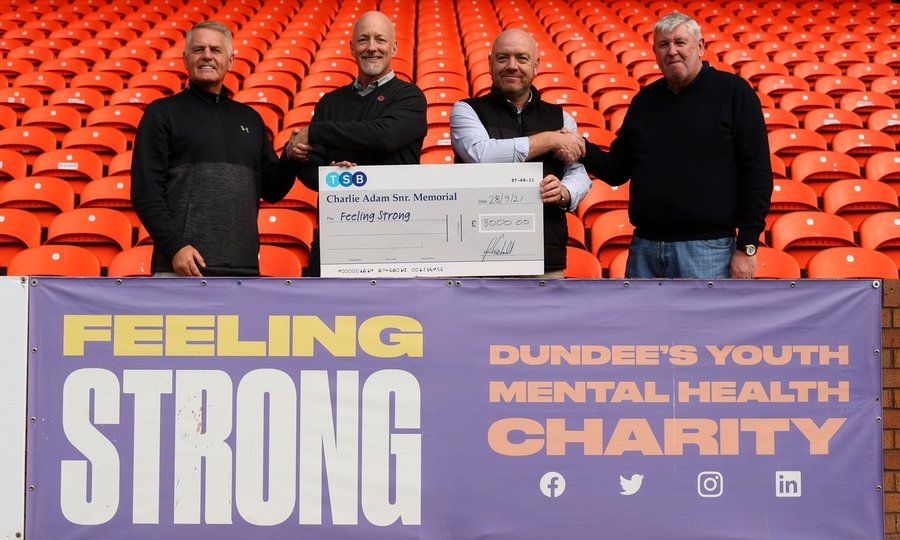 Recently, Chairman Mark Ogren and Director Jimmy Fyffe were delighted to support the fund-raising efforts of the Charlie Adam Snr Memorial Group as they handed a cheque for £3,000 over to local charity Feeling Strong.

Director Jimmy Fyffe said, “We were delighted to show our support and raise awareness for both the efforts of the group in raising money in Charlie’s memory and the work that Feeling Strong do locally. We hope to work closely with the charity moving forward and offer them the opportunity to hold a fund-raising can collection within Tannadice at a future game.”

Charlie played seven times for United during 1989 and was well known in the local area having played for various clubs in the Angus and Perthshire area including Forfar, Montrose, Brechin, Arbroath and St Johnstone over his career before he passed in December 2012.

Feeling Strong are a local youth-led mental health and wellbeing charity with campaigns designed for and by young people.