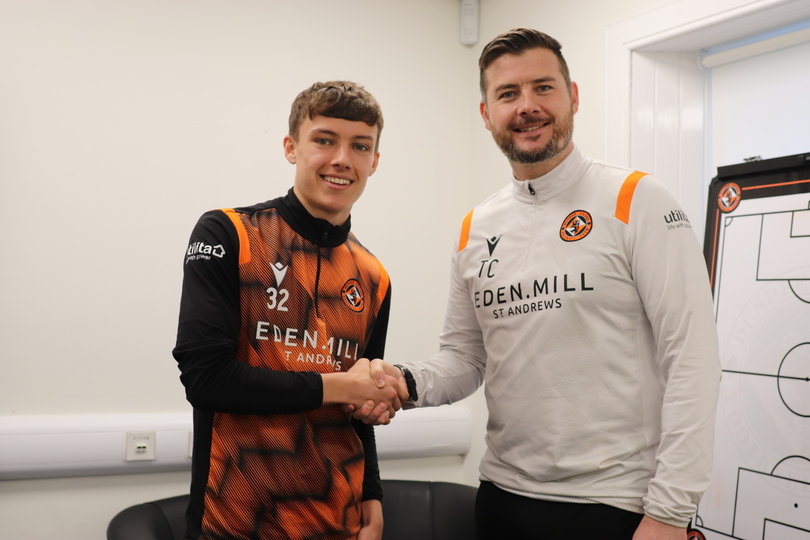 Dundee United is pleased to announce that young midfielder Archie Meekison has signed a two-year contract extension with the Club.

The 19-year-old playmaker will now remain at Tannadice until the end of the 2023/24 season after having impressed Tam Courts over the course of this campaign so far.

The academy graduate said after signing his new deal: “I feel amazing to officially extend my stay at the Club. The Head Coach has been amazing at speaking to me and telling me where he sees me in his plans, as a player it’s massively reassuring to know where you are.

My injury at the start of the season set me back a bit but now I’m back and excited to get as many games as possible in the first team this season and build up that experience for me going forward.”

Head Coach Tam Courts was also full of praise for young Meekison when speaking to DUTV saying: “Archie is a really talented and intelligent player with a real passion for both Dundee United and for developing himself further as a player.”

Although he has been in and out of the squad, he’s always been in my thinking in regard to what squad I select each weekend.

I’ve got real confidence that as he matures and continues his development there will be even more opportunities for him going forward.”