NEXT UP: QUEEN OF THE SOUTH (A) 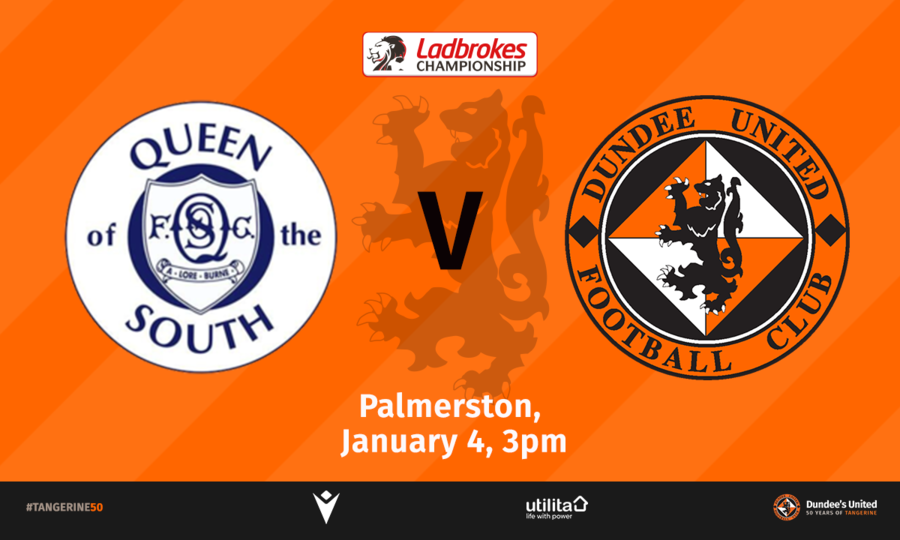 It's time to say goodbye to 2019 and we welcome in a new decade with a trip to play Queen of the South this Saturday.

We might not have ended the year with a derby victory, but we did extend our unbeaten run to ten matches and maintained our dominance at Tannadice this season while Nicky Clark also continued his stunning form with his seventh goal since October.

It was our last trip to Palmerston which was the catalyst for this spectacular run of form and we return there this weekend for our first match of the new decade. The unbeaten run we've been on, including a 3-0 win over Queens at Tannadice on has already made amends for that result, but starting 2020 off on the right foot would be the ideal return to Dumfries.

The form book is in our favour - we've still won five of our last seven trips to Dumfries. Queens have been on an improved run of form recently with three wins from their last five in all competitions and will be looking for a win to take them closer to the top four so the lads know they are in for a tough battle but with the continued support of the Tangerine Army, the belief is that we can prevail.

Prices for Saturday's 3 pm kick-off are as followed;

There is a dedicated Ticket Office (Cash only) for the Away Support just outside the BDS Stand which United supporters are encouraged to use, but any of the three ticket offices at the ground can be used.

The other Ticket Offices are as follows:

The Home Ticket Office (Cash only also) at the other end of the BDS Digital Stand.

The Ticket Office at the QoS Arena which does have a card payment facility.